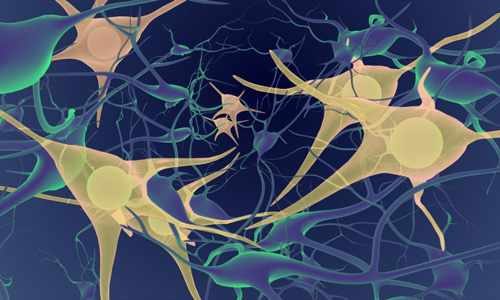 As seen in Inside Mayo Clinic Research, February 15, 2017

The case for stem cell treatments for ALS

When nerve cells in the brain and the spinal cord stop working normally, there is a noticeable change in muscle movement and activity. Motor neurons work with the brain to control muscle movement such as gripping and walking. These activities become increasingly difficult with the onset of ALS, also known as Lou Gehrig’s disease or motor neuron disease.

There is no effective treatment for ALS. According to the ALS Association, an estimated 20,000 Americans between the ages of 40 and 70 are living with the progressively paralytic disorder. It is still unknown why the symptoms begin to manifest out of the blue. The timeframe from the onset of symptoms to the end of life can be as short as three years. For most, the disease is not inherited; only a small percentage of patients carry the genes that are associated with ALS.

One medical approach is to try to keep the nerve cells alive as long as possible. Researchers and clinicians at Mayo Clinic are looking at the potential of cell-based therapies to promote the healing response.

“We don’t know why nerve cells die prematurely,” says Anthony Windebank, M.D. “The hope with this therapy is to protect the neurons that are there and to slow the disease course.”

One cell type derived from the patient’s fat cells, mesenchymal stromal cell (MSC), has been suggested as a possible therapy to treat ALS. MSCs are known to secrete proteins that support the growth and survival of developing and mature neurons. MSCs and cytokines (small proteins) also have a controlling influence on the immune system. Research shows that the immune system has an influence on the progression of ALS.

A novel phase I clinical trial at Mayo Clinic set out to study the safety of MSC therapy. Twenty-seven participants with ALS enrolled in the study and were treated in an MSC dose-escalation safety trial over several months. The study was led by Mayo Clinic neurologists Anthony Windebank, M.D., and Nathan P. Staff, M.D., Ph.D.

The results show the safety protocol is positive and the treatment is safe at the tested dosage levels. The most common side effects were temporary low back and radicular leg pain at the highest dosage levels. There was no sign of tumor formation, which is a concern with cell-based therapies. The study, ”Safety of intrathecal autologous adipose-derived mesenchymal stromal cells in patients with ALS,”  is published online in Neurology.

The Revised ALS Functional Rating Scale questionnaire was taken throughout the study, along with clinical examinations. Some participants reported mild, temporary and subjective clinical improvement lasting two months or less. These effects cannot be interpreted as a positive response to MSC treatment because the trial was not blinded or placebo controlled. Progression of the disease continued in the treated patients.

The results of the safety profile indicate that the research should go forward with a longer study to determine effectiveness, and whether earlier intervention or additional MSC treatments over a longer period of time will produce meaningful results.

“We saw enough of a signal in a subset of patients to indicate that we should go on with a longer study,” says Windebank.

Phase II The phase II study will treat a larger group of patients for a longer period of time with the higher dosage levels. The study will include about 60 patients. All participants will receive the treatment. The study will match patients participating in the Pooled Resource Open Access ALS Clinical Trials (PRO-ACT) database. The database contains more than 8,500 ALS patients participating in clinical trials. Mayo Clinic statisticians will use the de-identified and merged data from existing public and private ALS clinical trials in the database. The statisticians will match database participants with phase II study patients on data points such as age at onset, gender and other factors.

The phase II study will start in mid-2017 and is planned to run for 12 months. The phase II study is partially funded by the Judith & Jean Pape Adams Charitable Foundation and a grant from Regenerative Medicine Minnesota. The study will begin incrementally while additional funding is sought through research grants.