Could ‘Jurassic Park’ Really Happen? The Frozen Zoo and De-Extinction 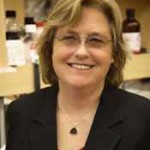 Is it possible to utilize stem cells for reasons other than managing or curing disease? Can we create sperm from endangered species to increase the population and prevent extinction? Two thought provoking, yet somewhat controversial, topics discussed by Drs. Jeanne Loring (Scripps Research Institute) and Franklin West (University of Georgia) at the World Stem Cell Summit in Atlanta this past December. In front of a standing room only audience, Dr. Loring and Dr. West captivated the crowd as each described their animal conservation efforts at the Frozen Zoo in San Diego (Dr. Loring), and the differentiation of germ cells in endangered species at the University of Georgia (Dr. West). 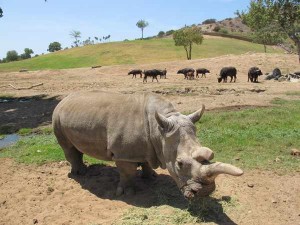 Dr. Loring began the session with a group discussion on the Frozen Zoo, a conservation group within the San Diego Zoo. The Frozen Zoo is a biorepository of cryopreserved viable cell cultures from endangered animals, and currently stores a collection of 8,400 samples from over 800 species and subspecies. These valuable genetic materials hold the key to future conservation efforts, and provide for a prospective reintroduction of some extinct species, such as the Tasmanian Tiger and the mammoth. Since the initiation of the San Diego Frozen Zoo, twelve other "frozen zoos" have been created globally, paving the way for international awareness on the importance of cryopreserving tissues to aid in conservation.

With only three Northern White Rhinos left in the world, Dr. Loring's group at Scripps Research Institute has worked tirelessly to preserve this critically endangered species. Amazingly, Dr. Loring's group has successfully generated pluripotent stem cells from cryopreserved non-human fibroblasts using human antibodies, both a regenerative medicine and animal conservation milestone. Dr. Loring's group plans to develop iPS lines from each of the twelve Northern White Rhino individuals whose cells are banked in the Frozen Zoo in San Diego, thereby furthering stem cell research and creating a "genetic rescue" for critically endangered species. Researchers hope that with such technical advances in stem cell development, the science can be applied to other species, both extinct and near extinction. To learn more about Dr. Loring's exciting research and collaboration with the San Diego Zoo, check out the San Diego Zoo Institute for Conservation Research. 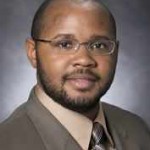 Paralleling the research of Dr. Loring, Dr. Franklin West described his animal conservation efforts using regenerative medicine. Like Dr. Loring, Dr. West and his colleagues have also created a "frozen zoo" at the University of Georgia, including a large repository of frozen sperm from endangered species. Given the abundance of sperm in males, and the ability to collect sperm from both living and deceased animals, collecting sperm has been relatively easy, and has enabled Dr. West to focus on the differentiation of germ cells in critically endangered species. Using iPS cells to develop in to sperm and eggs was attempted several years ago in mice, and researchers were able to successfully differentiate mouse iPS cells in to primordial germ cells. Dr. West and his team hope to apply similar techniques with endangered species, and possibly prevent extinction in all at risk populations. Should this be successful, it would seem one could use the same technology on cryopreserved tissues from extinct species. While Dr. West does raise the challenge of what animal could be a surrogate for such extinct species, such as a bioengineered mammoth, the science is exciting. For more information on Dr. West and his laboratory efforts, check out his website.

The question remains, can science create iPS cell derived sperm from cryopreserved tissues, thereby leading to the de-extinction of some species, the future looks promising for both researchers and "Jurassic Park" fans.